Skip to main content
We will be closed from December 19-January 4, 2021 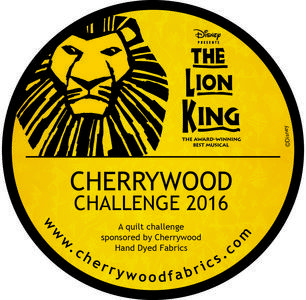 The Challenge close in August 2016

Cherrywood was proud to work with permission and support from Disney Theatrical Group for our second contest. Participants from all over the world were challenged to design an original quilt with just 2 basic colors - gold and black. Everyone started with the same fabrics, same theme, same size...and the results are unbelievable! A panel of three jurors selected 138 Finalist (out of 304 entries) for the first round of judging. All Finalist quilts appear in the keepsake photo book. Then, 120 amazing quilts were selected for a traveling exhibit. The top three winners received Cherrywood Gift Cards. We were honored to have Disney select 20 quilts to display in the theater on Broadway for the 20th Anniversary Celebration of The Lion King!

Scroll down to see winners and original rules. 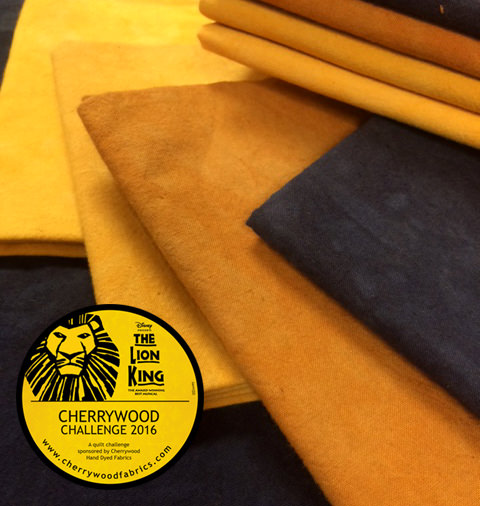 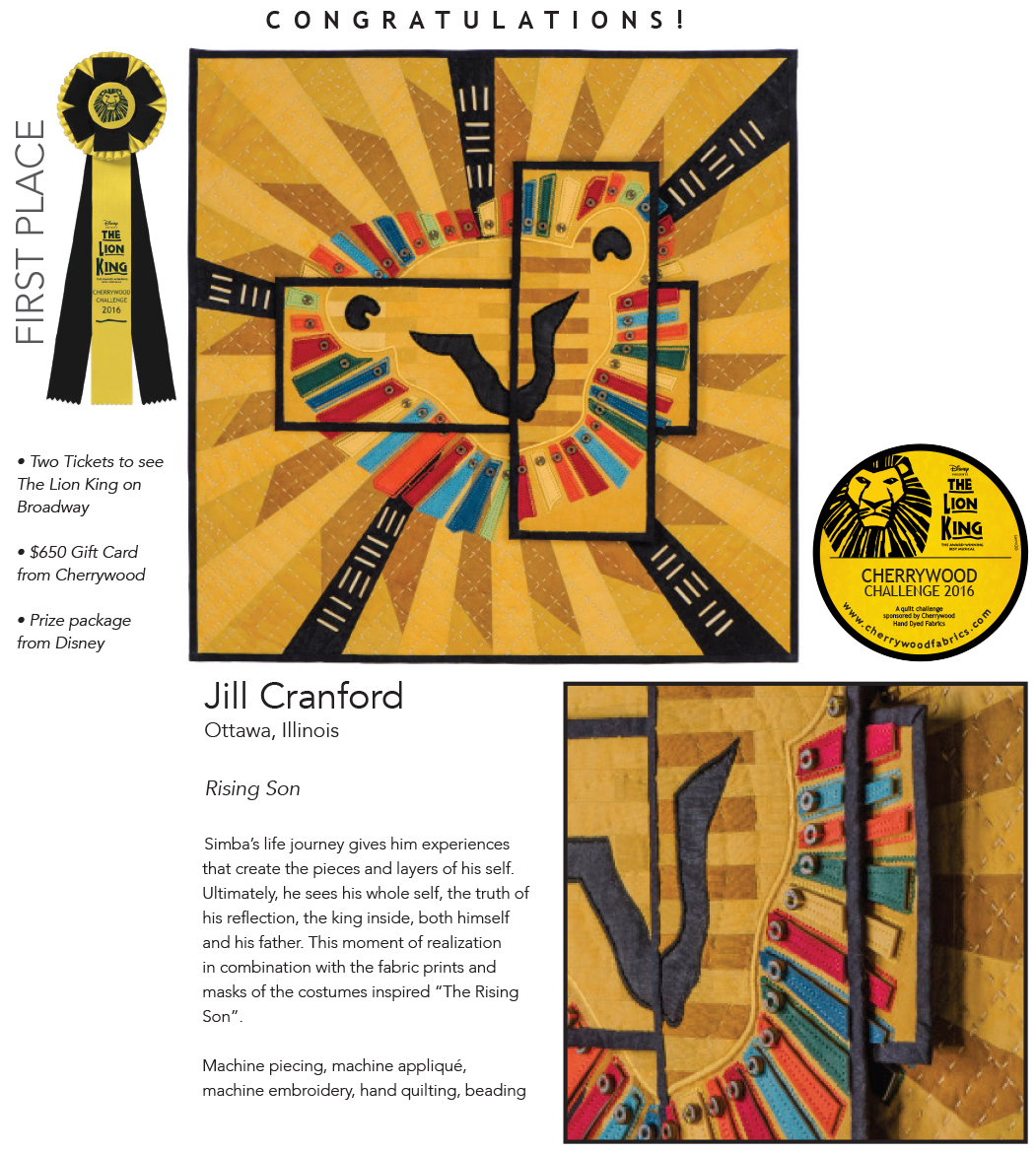 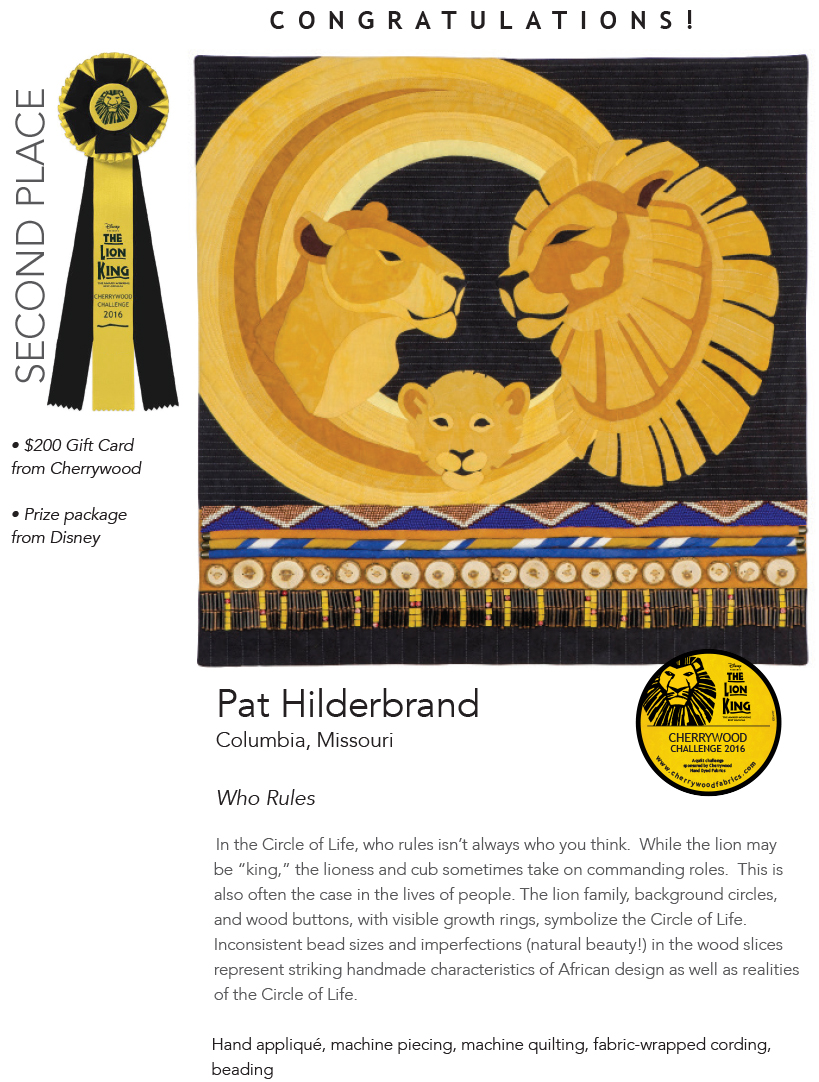 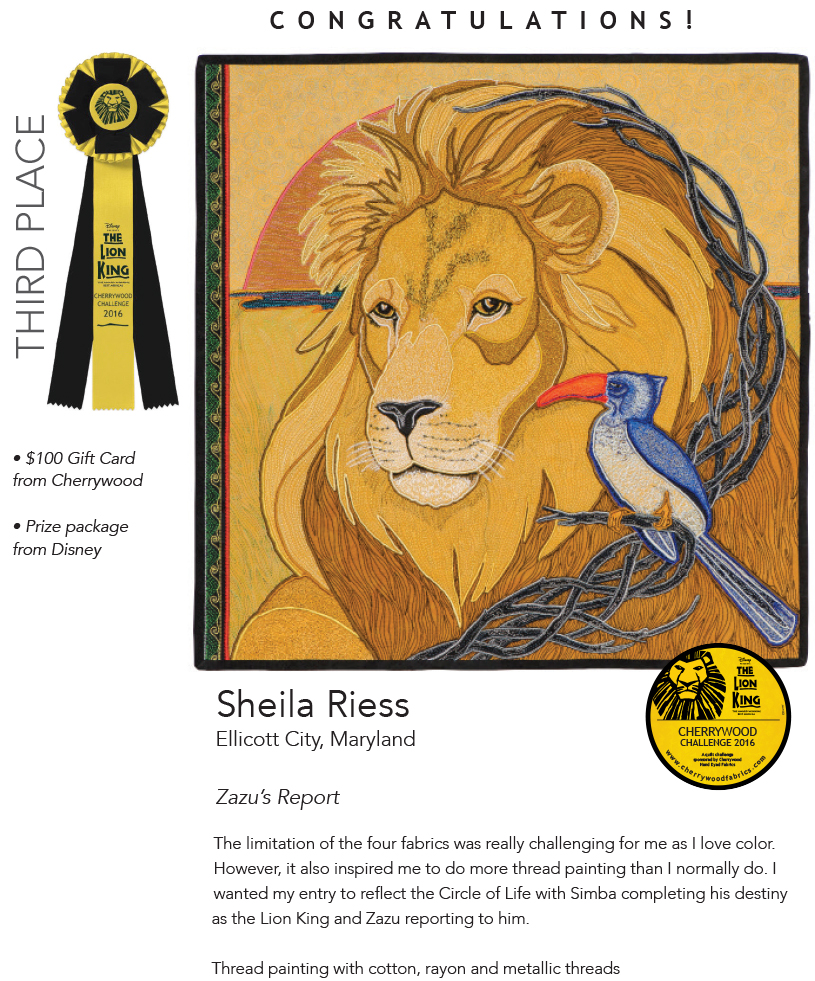